Turkish Airlines is the national flag carrier airline of Turkey. It’s a lot easier to discover the World! It covers more than 304 destinations in Europe, Asia, Africa, and the Americas. It flies over 120 countries more than other airlines. Turkish Airlines provide the chance to transform your trip into an incomparable experience. This is one of the biggest airlines in Turkey. Now Turkish Airline embarks their new journey with the Istanbul New Airport. They welcome a new era of Turkish aviation with the opening of New Istanbul Airport. The world’s largest international hub will become Turkey’s national flag carrier and establishes Istanbul’s place as the centre of the globe for aviation and travel.

Istanbul is a major city of Turkish, Its an Old City reflects cultural influences which attract the tourist for a stopover in Istanbul and visit the historical wonder. Istanbul is an exciting city that has much to offer travellers from around the world. Istanbul is a modern city that remains true to its historic heritage through its mosques, basilicas and cathedrals, and ancient bazaars.

On the Occasion of Republic Day of Turkey and coincide with the 95th anniversary of the founding of Republic they announced the name of Istanbul New Airport as “Istanbul Airport ” at the opening ceremony. Officially it was opened by President of the Republic of Turkey, Mr Recep Tayyip Erdoğan. The passenger on the first Turkish Airline from the New Airport which was specially operated on the ceremony day got the souvenir tickets.

The opening of the new aviation hub will become an usher in a new era for the carrier. On the date of 29 Oct 2018, Turkish Airlines is operating a limited number of domestic and international routes from the new airport and the remaining flights will fly as per their schedule from the Istanbul Atatürk Airport. The additional flight from Istanbul New Airport is fly to Ankara, Antalya, Izmir, Azerbaijan (Baku) and TRNC (Ercan) until 30th December. From 31 December, all flights will fly from the Istanbul Atatürk Airport, after which, all flights will operate from Istanbul New Airport.

As the Turkish Airline cover more destinations they are now planning to increase their network extension capacity for introducing the new routes and timings with the move available slots for enhancing the user experience and cargo transportation. The passenger will get the benefit of redefined travel experience with the latest technologies and innovations.

This megaproject will be launched in four phases, and the final phase set to be complete in 2028. In all, the complex will occupy an area of 76.5 km2, boasting six runways, four terminals and 233 aircraft parking positions, with the capacity to serve up to 200 million passengers a year with 500+ check-in desks and 225,000 employees. After completion of the final phase, the largest international flight hub will contain incorporate offices, residences, hotels, a health centre, culture and art buildings, a shopping mall, designer outlets, an EXPO convention centre, and meeting and training facilities on site.

In the occasion of the ceremony, the M. İlker Aycı, Chairman of the Board and the Executive Committee of Turkish Airlines commented that they will become the part of the new journey with Istanbul New International Airport which will become the new home for the Turkish Airlines. The new hub of our national flag-carrier plays an important role in Turkish Airlines’ future growth strategy and they will offer a seamless experience to their passengers. 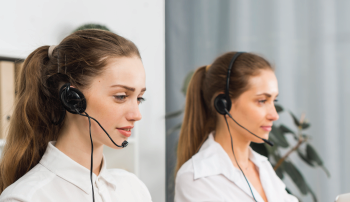 Please feel free to call us on the contact number displayed above or share your contact number with us, and one of our travel agents will get in touch with you shortly. Alternatively, you can also reach us at contactus@travelguzs.com